December has been super busy and has pretty much flown by. Friday is Tyler's last day teaching until January 7th. It has been so nice to have him home more since he's not coaching basketball this year. That may have been one of the best decisions we have ever made ;)

Tyler and I have been called to teach the 5 yr olds in our ward at church. It's quite the change and we spend most of our class time trying not to laugh at some of the crazy stuff the kids say. Haha. They are so cute and funny, but a lot of work :)

Noah is getting excited for Christmas! He wakes up every morning and turns on the Christmas tree. It's his little "job" and is super cute, except when it's like 4am, then it's not cute at all. He keeps talking about Santa Clause and maybe he will get some gifts from him if he's good!

Layla is growing like a weed! I took her in for her 4 months appointment the other day. She is weighing in at 15lbs and is 26 inches long. The doctor said she's in the 75th percentile for everything. She's so cute! She has a complete strip of baldness at the back of her cute head! I'll post a pic here because you have to see it to believe it. She actually looks like an old man from the back :). She still sleeps through the night for me and is seriously such a good baby!

I have been busy with Christmas and everything else. My book-club had brunch the other day and we did a gift exchange. It was so fun! I love book-club and each and every lady in there. So fun;)

Tyler has been busy with both of his jobs and is looking forward to the holidays for a break! We went to his PSR Christmas party the other night. It was so much fun! It was at a steakhouse and the food was amazing! We had so much fun and I only had to tell Tyler to tone it down a few times :). Seriously...whooping and hollering every 5 seconds....wrong crowd! Haha.

It snowed her the other day. Like the real kind. The kind that just dumps and dumps and you look out the window and think its so pretty, but you're also so glad you're inside! Maybe we will have a white Christmas!! 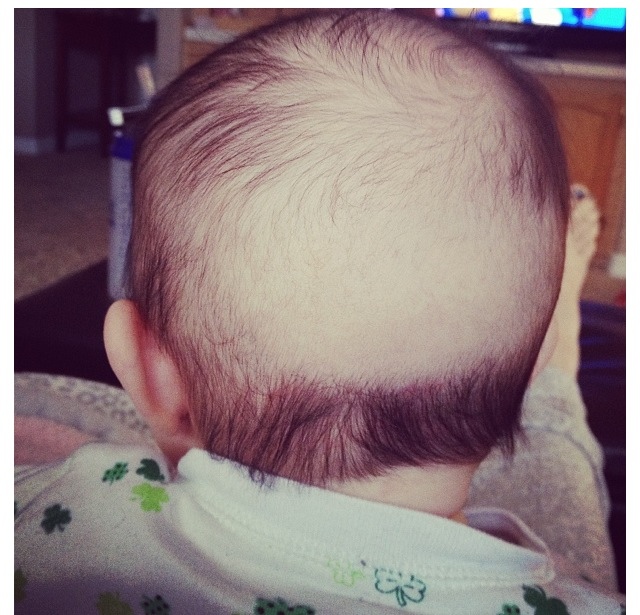 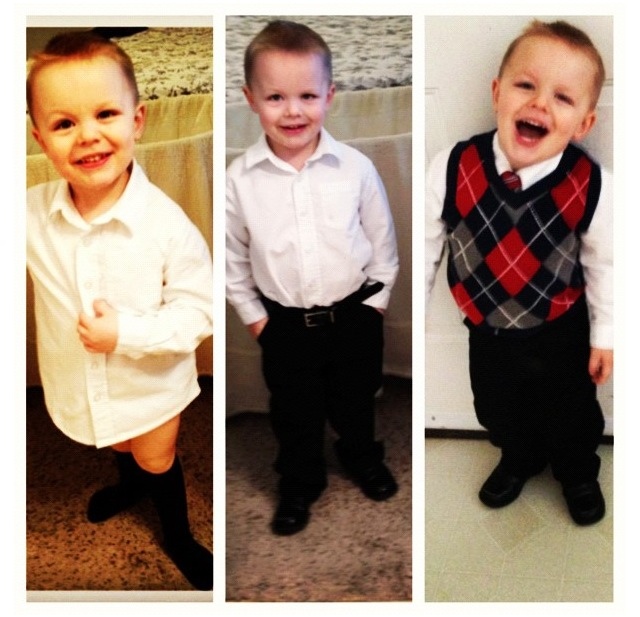 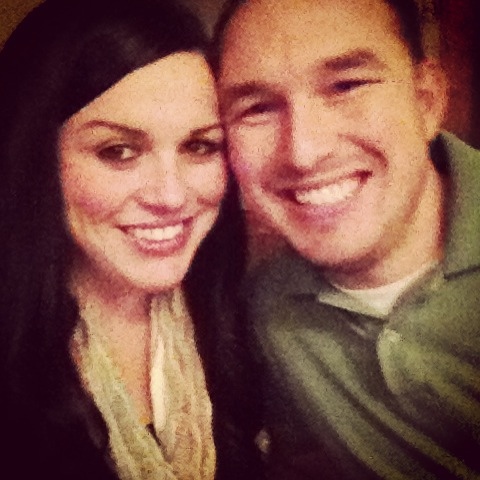 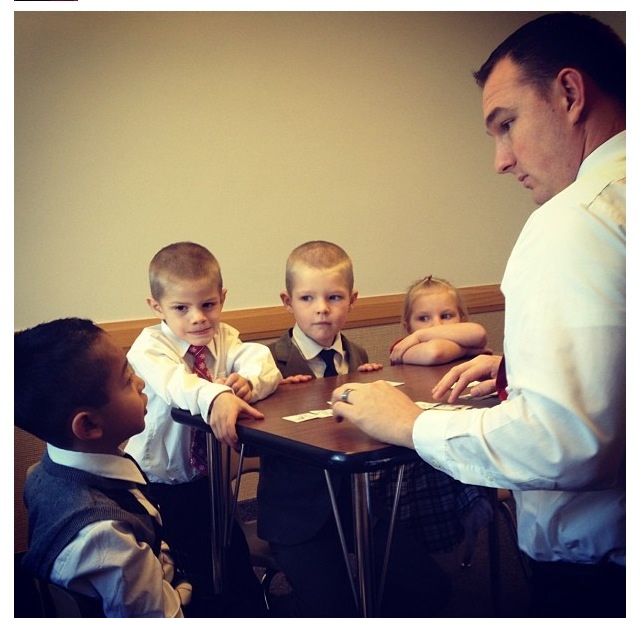 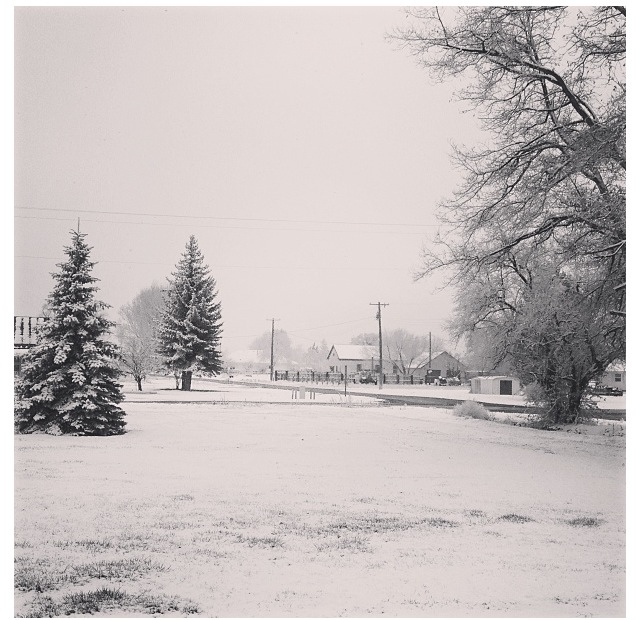 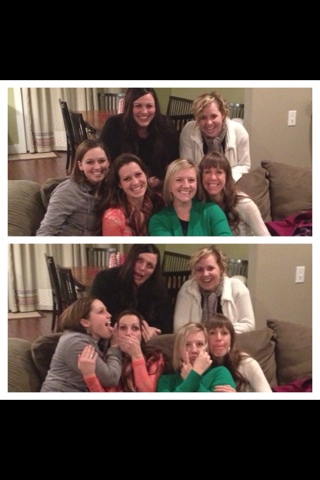 Posted by The Matlocks at 8:04 AM No comments:

This year, my mam came to visit for Thanksgiving. She flew up to Idaho Falls and I drove there and picked her up! The kids were DONE by the time we were driving home and I thought I would slam my head against the window, but we made it! The next morning my mam took Noah on their annual walk. It was 28 degrees...brrrrr!
We had such a nice, relaxing day filled with too much food of course. The next morning we set off for Boise, ID for a couple of days. It was so fun and relaxing. We had a blast :) Here are a few pics from the holiday: 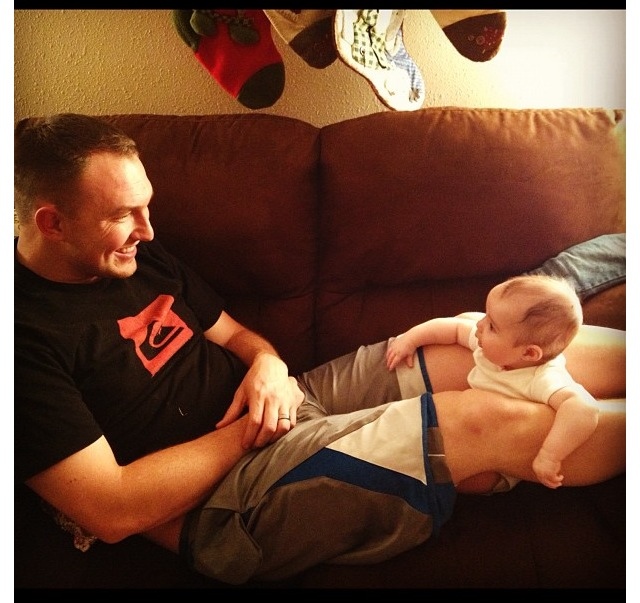 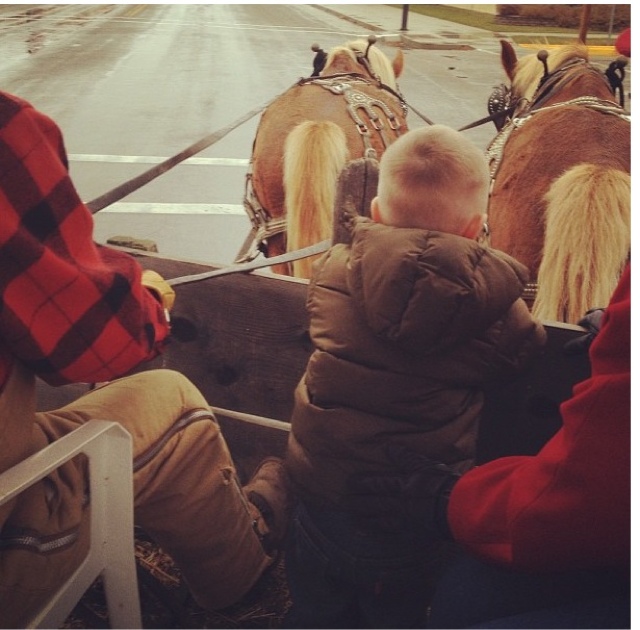 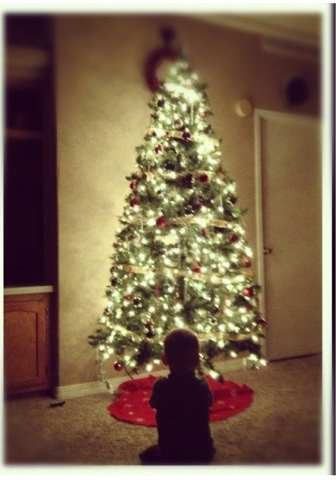 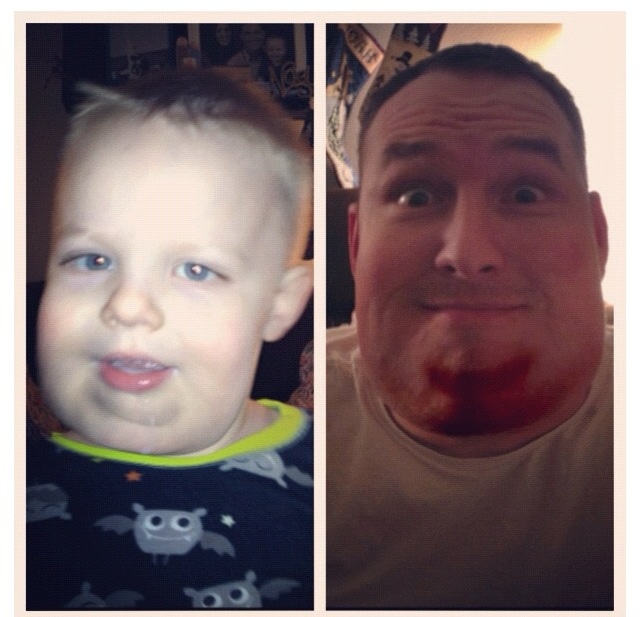 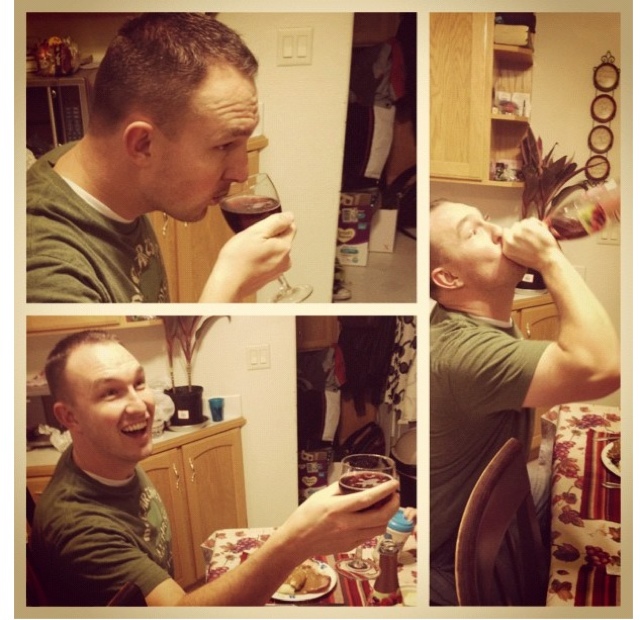 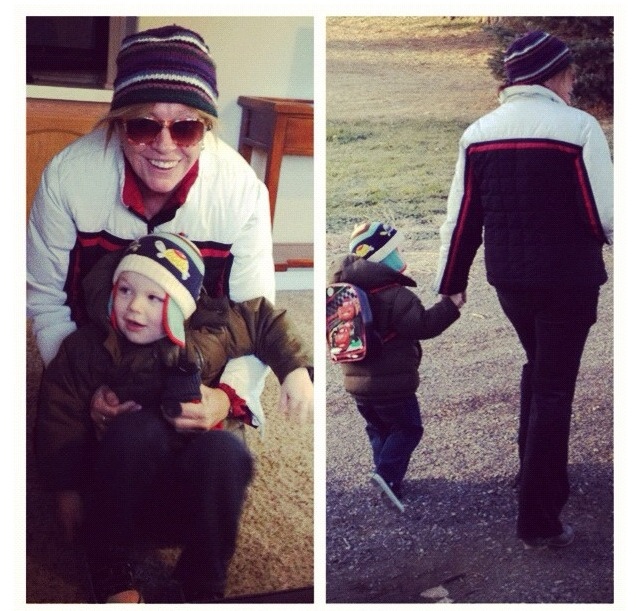 I went back and forth one million times this year about Christmas cards. We were going to get professional pics done, but then we had no time. I didn't really want to pack my kids out in the cold for a photoshoot anyway. So I wasn't going to do Christmas cards but then I couldn't stop thinking about it. We've done one every single year. Anyway....we got this pic taken for a couple of dollars at the mall. And I actually love it. It's our very first one with all of us in it including Layla. We plan on getting pics done while down in Vegas...where it's warmer, nicer and just all around better ;) Here's our pic: 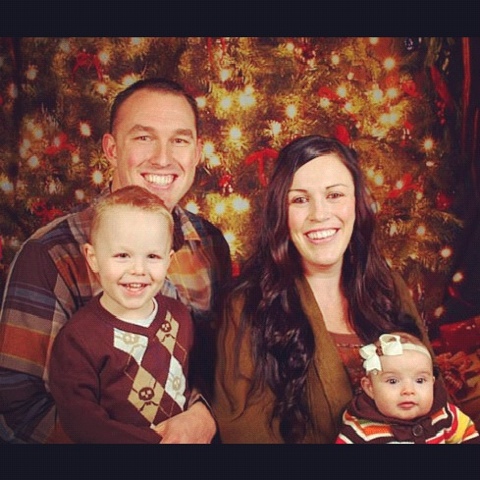 We went to Boise the day after Thanksgiving. Noah decided he would like to potty train on the way there. As you can imagine, my anxiety was shot through the roof dealing with this all of a sudden. He told us every single time when he needed to go and we pulled into every single gas station along the way and he went. No accidents! Say what?!?!?! So this continued as we stayed overnight at our hotel and while we were at the mall, visiting with friends and out to eat. Basically my little man is a little rockstar. We are on day 11 now and still going strong! 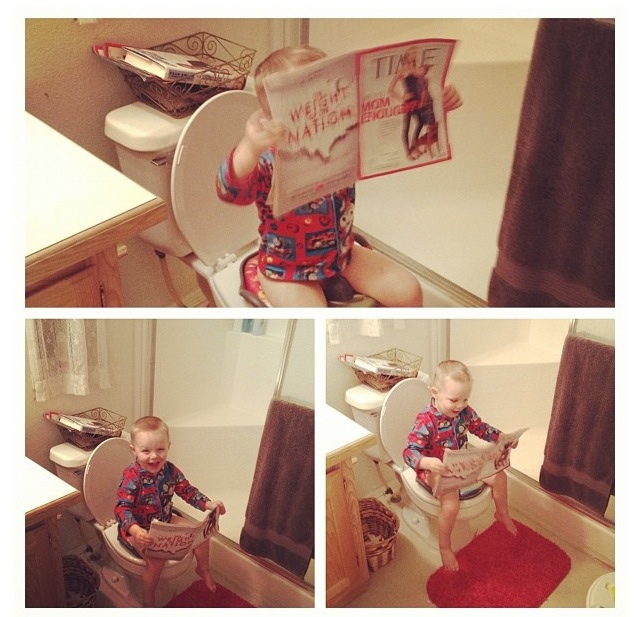 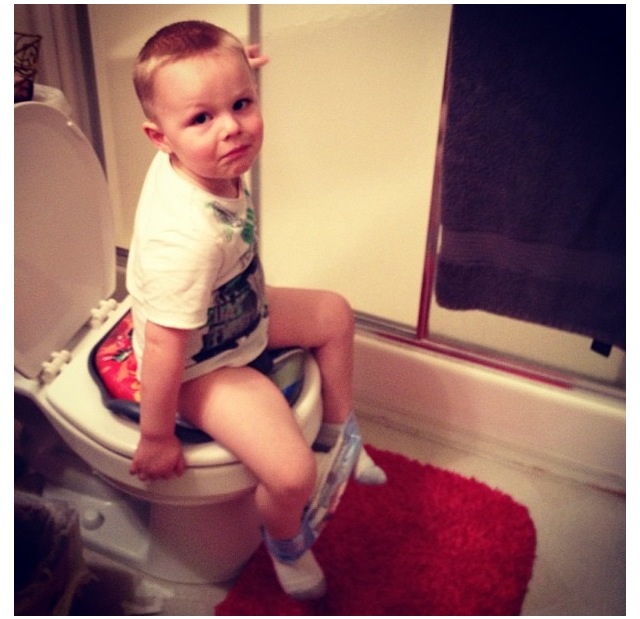 
Noah had a scare a week ago. He had stated to feel hot about 4:30pm and wouldn't eat a thing. I took his temp and it was 102 degrees so I gave him some ibuprofen and plenty of fluids to drink. About 30 mins later he threw up everywhere! I gave him a bath and more fluids. Rechecked his temp and it was down to 100.8 degrees. I was relieved that it was coming down, but still worried because Noah was just lounging on the couch laying down with a washcloth over his head. If you know Noah, you know this is not him. He's usually bouncing off the walls 24/7. Tyler came home from work and I was dishing up his dinner. Noah went into his room and I told Tyler I was going to go check on him. I went in and picked him up and he was just so lethargic and Limp. I told Tyler that I thought we needed to make a run to the ER so I handed him to Tyler so I could get Layla ready. Tyler immediately said "he just feels like dead weight" I started rushing and then heard Tyler shout that Noah's jaw was locked and he was turning blue. I immediately called 911. It was my worst nightmare becoming a reality. I screamed at the 911 dispatcher to hurry as I watched Tyler do CPR on Noah and heard him give him a blessing. Noah was just staring at Tyler but wasn't really there. I seriously thought Noah was dying and thought I was going to pass out myself with the fright. The first responders arrived so fast and our bishop was right behind them. Someone had called him and he was just around the corner! Him and Tyler gave Noah another blessing as the EMTs gave Noah some oxygen. Noah was starting to come back after about 5 minutes (which felt like an eternity). They asked him to wiggle his toes and he did. He sat up and threw up into a bag and then proceeded to apologize to everyone and ask for his mommy :(

They took him by ambulance to the hospital where they did blood work and other tests. Tyler rode with Noah and I rode with some friends behind the ambulance. Noah was sitting up playing with the monitor cords and waving out the window at me. At the hospital they confirmed that Noah had had a febrile seizure due to the rapid increase in his fever. It wasn't that he got too hot, but that it spiked too fast. He was so cute in the hospital! He kept calling the doctor "honey" and kept apologizing. "Sorry honey!" "thanks honey!" So sweet. We left the hospital at 2:30 that morning and Noah was tired, but acted completely normal and has ever since. I took him to the doctor the next day and he checked out just fine. I, on the other hand think I need counseling and meds :)

I am so thankful that everything worked out fine. Noah slept in our bed for two nights because I was such a mess. He kicked us all night long and woke us up counting to ten at 4 am but we didn't care because it meant he was alright! The whole situation has given me a whole new appreciation for so much. I have just a little more patience with Noah ever since it happened because I am just so grateful that he is okay. I have a greater appreciation for the priesthood. It was so relieving to have Tyler be able to give Noah a blessing during such a scary time and to have our bishop also give him one. I am also so grateful for sincere kindness of so many people. I had so many friends just help....take Layla in the waiting room at the hospital, drive me to the hospital, bring us dinner, call, stop by, and so much more. We are truly blessed ;)

Here are some pics of Noah in the hospital (he's asleep in both pics due to complete exhaustion) and before when he was feeling hot and sick and one from yesterday. As you can see, he's perfectly normal now ;) love him! 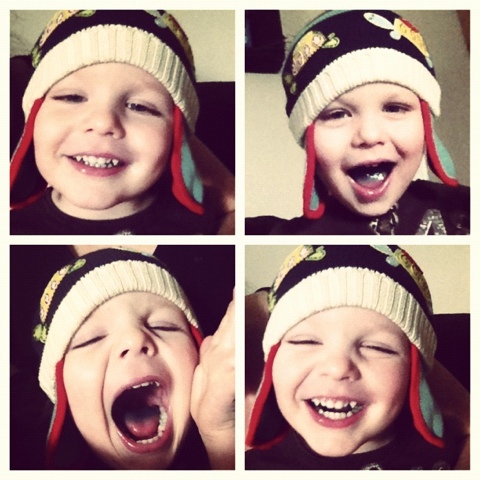 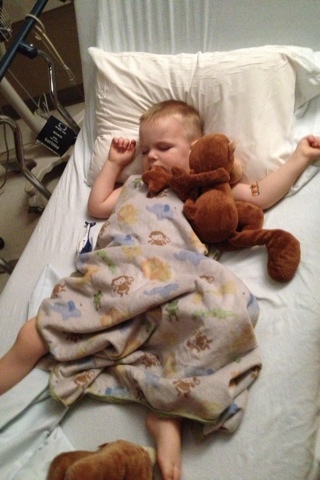 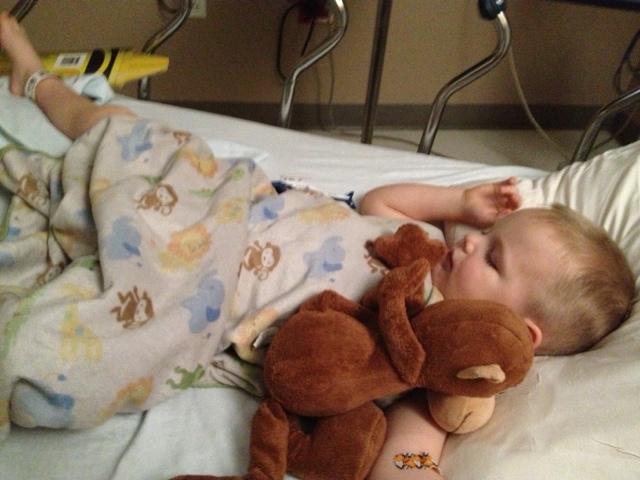 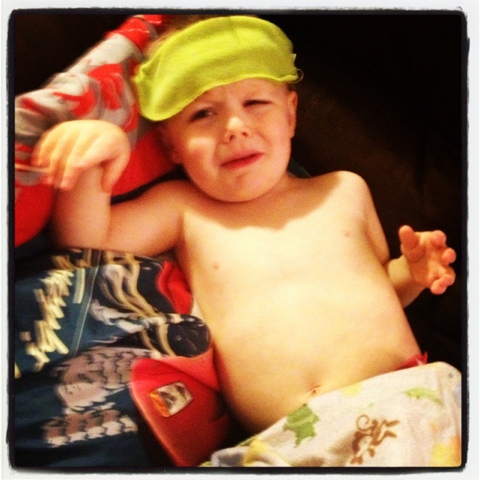 Noah was a cowboy on a horse for Halloween this year and little Layla was a strawberry. They both looked so cute :). We went to the trunk or treat....Layla slept the entire time and Noah couldn't understand why the church was locked and why he wasn't going to nursery. Noah did get a lot of candy though and he did have fun! 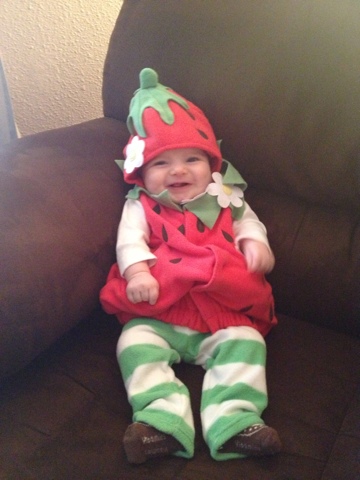 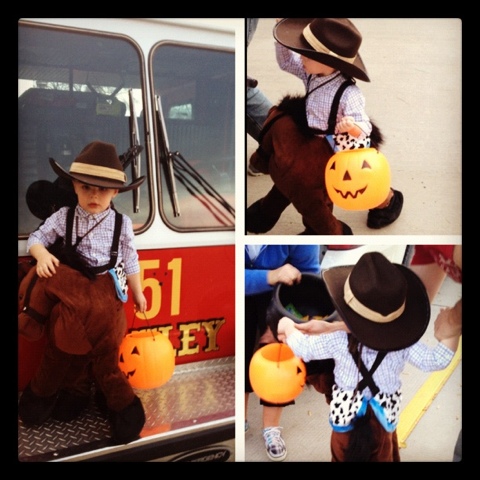 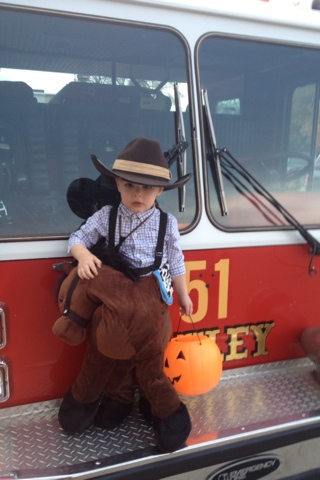 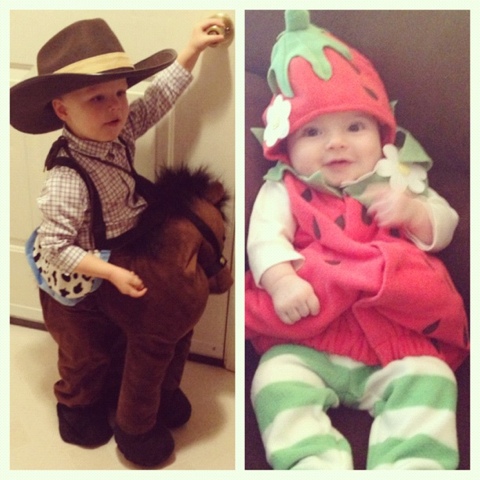 A friend of mine asked me if Noah could model some shirts that she makes and sells for a photo shoot. Here's the pics! Her shirts are adorable and so is my little man;) 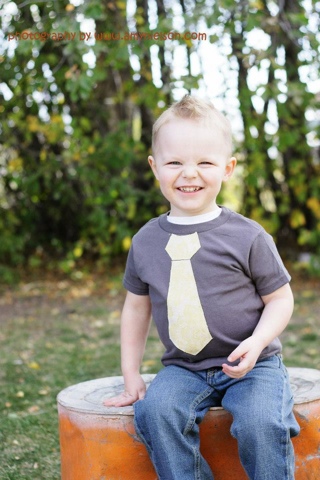 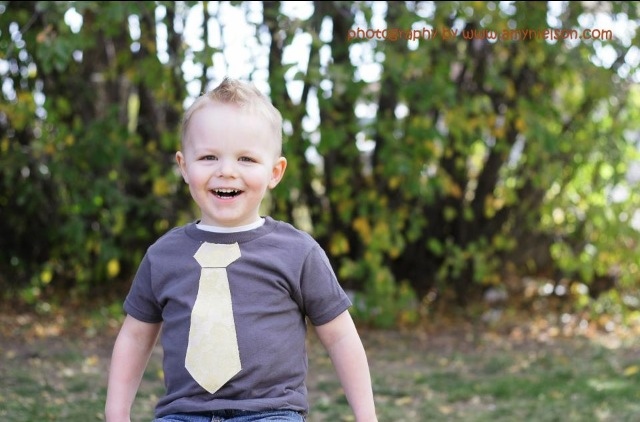 The Matlocks
Tyler and I met in Las Vegas in Aug 2008, got engaged in Oct 2008, and married Jan 2009. We had our first baby Noah in March 2010 and enjoy spending every minute with him. We live in Idaho where Tyler teaches and coaches. 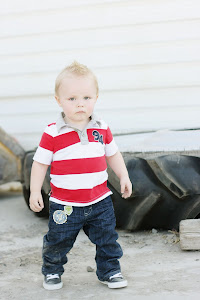